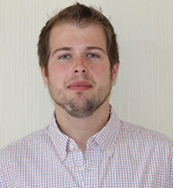 His thesis focused on the impact of the Internet on crime as well as how offenders have adapted to the virtual environment. During his doctoral research, Prof. Décary-Hétu studied three specific forms of offenses: intellectual property fraud, computer hacking and fraud of personal and financial data. His thesis results showed that the Internet has had a transformative effect on crime on six levels: 1) an increase in the ease with which offenders find co-criminals; 2) an increase in the competition between offenders; 3) an increase in the number of victims; 4) a lowering of the risks of arrest; 5) an increase of the criminal success rates and; 6) a disruption of the balance between offenders, victims and guardians. His results also established the importance of reputation, the virtual capital in the online illicit markets.

Prof. Décary-Hétu has since continued his research on online illicit markets and is now particularly interested in cryptomarkets, 2nd generation online illicit markets. He has developed the DATACRYPTO tool that he uses to collect large amounts of information on cryptomarket participants. His research goals are to better understand the structure of markets and actors who participate in them as well as to understand the performance in the context of online illicit markets. To achieve these objectives, Prof. Décary-Hétu uses a quantitative approach that takes advantage of big data, data mining and social network analysis. The results of his research, funded by both the provincial and federal governments, have been published in journals such as the Journal of Research in Crime and Delinquency, have been presented at numerous conferences and have been disseminated to a wide audience in a number of interviews with the media.

Size and scope of the tobacco trade on the darkweb

Nonmedical prescription psychiatric drug use and the darknet: a cryptomarket analysis